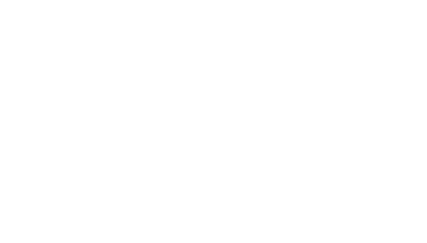 The drop-in version of the Rogue Monster Rhino Belt Squat (patent pending) is designed exclusively for use with our Monster Series Power Racks and Fortis Racks and offers athletes the ability to get many of the lower body training benefits of squats and other workouts without putting unnecessary stress on the shoulders or lower back (See Also: Free Standing Rhino and Rhino + RM-3 Rack package)

The drop-in version of the Rogue Monster Rhino Belt Squat is designed exclusively for use with our Monster Series Power Racks and Fortis Racks and offers athletes the ability to get many of the lower body training benefits of squats and other workouts without putting unnecessary stress on the shoulders or lower back (See Also: Free Standing Rhino and  Rhino + RM-3 Rack package)

This unit is manufactured in Columbus, Ohio, and features 3x3" arms and crossmembers, a 3x6" weight trolley tower, and a 0.25" braided cable for raising/lowering the weight trolley. When not in use, the trolley is stored on a 1" thick UHMW plastic hook, or “Rhino Horn.” A diamond-tread plate platform provides steady footing, adjustable handles offer overhand and neutral grip options, and our exclusive Rogue Multi Belt (included standard) easily accommodates most waist sizes, with adjustments from 41” to 61”. The entire Rhino unit (aside from the platform, handles and weight posts) is finished in our Medium Gloss Black powdercoat.

SET-UP:  Important -The Drop-In Monster Rhino Belt Squat can be used ONLY in conjunction with an existing Monster or Fortis Power Rack. The unit ships freight, with some assembly required, and it must be bolted to the floor before use. A pair of Monster 1” Wrenches are included, however additional tools will be required to finish assembly. When complete, the trolley tower will reach a height of 78.5" from the floor, and the unit will extend approx. 21.5" off the back face of the rack uprights closest to the tower. Additional clearance (beyond 21.5") is required for adding plates.

Using the Rhino Belt Squat: Step onto the platform and strap on the Rogue Multi Belt around your hips. Upon standing up, the trolley will rise and disengage from the Rhino Horn. This allows users to then pull back on the handles and start squatting. Once the handles are pulled back, they will stay back until the user pushes the handles back towards the tower, allowing the horn to safely re-engage the trolley.

Belt Squats provide traction to the spine, help add substantial volume to the legs, and offer versatility for other types of training, from calf raises to rows, shrugs, and deadlifts—all easily performed even in a home gym with limited space.

The Rogue Shipping System allows you to track your order from the time you place it to the time it hits your door. Order today, track today.

Our unique weight trolley design (patent pending) features two stainless steel, horizontal weight posts with 15.75" of loading capacity on each side. A set of (4) machined Acetal rollers, each containing (2) bearings, ensure the trolley moves smoothly up and down the rail. Laser-cut Rogue branding is featured on each side, and the tower includes a Rhino sticker on each side, as well.

The platform of the Monster Rhino Belt Squat is made from 0.125" thick diamond tread plate and is finished in our Signature Texture Black powdercoat to provide advanced durability and a non-slip surface. The tread plates sit on top of a 1" x 3" steel frame that gets bolted to the user’s power rack for additional stability and rigidity. The platform dimensions are 26" deep (with cut outs for uprights so it fits in a 24" depth rack) x 48.5" wide. When the unit is installed, the top of the platform sits 7" above the ground.

This is a 1" thick UHMW plastic horn, sandwiched between steel plates, that holds the trolley when not in use. The Rhino Horn is adjustable up and down so that the "racked" or resting height of the trolley can be accommodated to specific users heights.

The handles on the Rhino are 1.25" in diameter and can be adjusted up or down for the user’s comfort. They allow for both overhand and neutral grip positions. The inside of the channel on the handles features UHMW plastic so as not to damage the handle / uprights when it is moved up or down.

Each Rhino unit includes a custom designed Rogue Multi Belt, made in the USA. This exclusive squat belt offers six adjustable size settings (from 41” to 61”), built-in padding for reduced hip friction, and a spacer mesh interior for breathability. It was developed from an original design brought to us by Brian Henesey of OverAchieve Sports and Speed.

At the base of the trolley tower are two welded-on pegs that allow users to attached bands for resistance work.